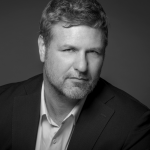 Steve Gormley, author of Investing in Cannabis for Dummies, is a renowned expert in the legal marijuana sector, with 30 years’ experience developing, branding, marketing, launching, managing, and operating businesses in the U.S. and international markets. He is widely considered a pioneer in the cannabis industry, with more than a decade of professional experience in the sector. His analysis is featured prominently in outlets including Forbes, The Wall Street Journal, CBS News, U.S. News and World Report, Chicago Tribune, and MarketWatch, and he is a regular fixture on the speaking circuit.

Steve has served as CEO and Director of a publicly traded Canadian cannabis and CBD company, domiciled in Calgary, with operations in California and Nevada. Steve has run a vertically integrated public company that owns and operates cultivation facilities. Steve has also served in the C-Suite and on the Board of a US based publicly traded company that owned and operated cannabis dispensaries and cultivation facilities in Oregon and the Los Angeles Basin.

Steve is a partner and serves as COO of Silverback Investments, Inc., a management services company providing business solutions to licensed, lawfully operating medical marijuana cultivation and distribution businesses. Silverback is focused on the Michigan market. Steve served in C-level roles in a U.S.-based, publicly traded cannabis company and ran a private equity venture focused on rolling up lawfully operating dispensaries in the Los Angeles market. He operated a hydroponics retail gardening supply enterprise in Los Angeles, as well as licensed cultivation facilities in California. Steve has consulted on the roll up of several hydroponics shops in Southern California. He has worked in cannabis retail, cultivation, manufacturing, distribution, lobbying, and finance.

Steve has raised more than US$50 million for private and public cannabis companies that include financing for acquisitions, operations, growth, and startups in the sector. He has consulted on and managed the capital raises for dispensaries, cultivation

Steve has lived and worked in Asia, Europe, South America, and Australia. Steve got his start in media in television production in the early nineties. After developing content and producing for MTV, Paramount Pictures, Tribune and others, Steve leveraged his expertise in content into the on-line sector for a new media private equity fund in the late ninety’s and early part of the new century. Steve helped develop, launch, manage and sell a number of new media properties and eventually founded a branded entertainment company in China. Steve has also served as managing director for a California based media private equity fund. He deployed C-Level Management Services specializing in startups and turn-arounds.

Steve holds a BA in Political Science from Gettysburg College and has a post graduate certification in Mandarin from the Taipei Language Institute in Taiwan.