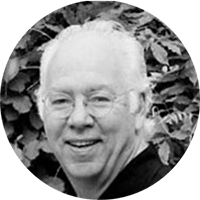 Jeffrey Gold is President of Goldmark Advisers, Inc., the boutique investment banking firm he founded in 1985. In early 2017, Goldmark became an affiliated company of Young America Capital LLC, where Jeffrey is continuing to practice his successful consultative approach to mergers and acquisitions, as well as assisting mid-sized companies and promising new ventures in capital formation.

Jeffrey’s M&A and funding expertise – reflected in his track record of nearly 100 transactions – focuses primarily on publishing, media, food, beverage and health care businesses. Simultaneous with his leadership of Goldmark Advisers, Jeffrey served for 20 years, through 2012, as Chairman of the U.S. subsidiary of The Quarto Group, Inc., a publicly held international illustrated book-publishing company, helping the London-based company to grow through several significant acquisitions.

Before establishing the Goldmark firm, Jeffrey was Executive Vice President & Chief Financial Officer of Esquire, Inc., a NYSE-listed publishing, technology and communications company. In that role, he also served as the company’s principal negotiator when it was sold to Paramount Communications. After the acquisition, he was named Executive Vice President in charge of corporate development & strategic planning for its Simon & Schuster Division. While at Paramount, Jeffrey initiated the contact that led to the acquisition of Prentice-Hall, the well-regarded textbook and professional publishing company.

Earlier in his career, Jeffrey was Vice President and Corporate Controller of National Patent Development Corporation (now known as Wright Investors’ Service Holdings), which, among other activities, pioneered the development of the soft contact lenses. He began his career at Main Hurdman, which is now part of KPMG, the Big Four accounting and professional services firm.

A graduate of Pace University with a degree in business administration, Jeffrey has guest-lectured on corporate and financial subjects at the Columbia University Graduate School of Business, and served on the Board of Directors of Lighthouse International.

He holds Series 79 and Series 63 licenses.