Warning: "continue" targeting switch is equivalent to "break". Did you mean to use "continue 2"? in /services2/webpages/g/o/goldmarkadvisers.com/public/wp-content/plugins/revslider/includes/operations.class.php on line 2758

Warning: "continue" targeting switch is equivalent to "break". Did you mean to use "continue 2"? in /services2/webpages/g/o/goldmarkadvisers.com/public/wp-content/plugins/revslider/includes/operations.class.php on line 2762

Warning: "continue" targeting switch is equivalent to "break". Did you mean to use "continue 2"? in /services2/webpages/g/o/goldmarkadvisers.com/public/wp-content/plugins/revslider/includes/output.class.php on line 3706
 Errol Profile – Goldmark Advisers Inc
Skip to content 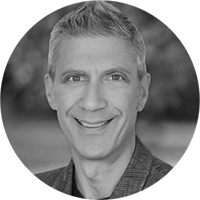 Mr. Antzis joined Goldmark Advisers in 2017. He has been active in raising senior and subordinated debt, mezzanine debt and direct equity investments for companies ranging from early stage enterprises to mature media conglomerates, and has provided merger and acquisition advisory services to corporate clients ranging from start-ups to multinational corporations.

Mr. Antzis has frequently been a speaker at industry functions, and has served on numerous panels for the broadcasting, publishing and telecommunications industries. His experience includes serving as Managing Director of Digital Media and Entertainment for boutique investment bank Gruppo, Levey & Co. from 2011 through 2015.

Prior to this, Mr. Antzis was the founder of a number of independent media and online companies, including Music Aficionado, LLC, Drumhead Magazine, CareGround, LLC and FanDistro, LLC. During this time, he also served as the Chief Financial Officer of Metropolitan Talent, Inc., which managed artists such as Simon and Garfunkel and Bruce Hornsby, and owned an independent record label as well as promoting concerts at Madison Square Garden and other venues.

Prior to becoming an entrepreneur, Mr. Antzis Founded and Co-Managed the first Mezzanine debt fund at private equity firm Veronis, Suhler, Stevenson, in which he focused on investing in and acquiring companies in Media, Entertainment and Technology. Before joining VSS, Mr. Antzis served as Managing Director of the Media and Technology Group at GE Capital, and earlier the Division Head of the Media and Telecommunications Finance Group at BNP Paribas. Mr. Antzis founded this latter group in 1990, and over ten years developed it to encompass 22 employees in New York, Los Angeles and Toronto, over $2 billion in debt and equity commitments and nearly $50 million in annual revenue. From 1987 to 1990, Mr. Antzis’ was Vice President and Team Leader of the Eastern Division of the Media, Entertainment and Publishing Group at The Bank of New York.

Mr. Antzis began his career at The Chase Manhattan Bank, serving as Vice President and Technical Director for the Media and Electronics Group from 1982 to 1987. Mr. Antzis graduated from the Massachusetts Institute of Technology in 1980 with a Bachelor of Science degree in Electrical Engineering, and in 1982 from New York University with an MBA in Finance.